Dancing on the Ceiling…. I said upside down you’re turning me!

MARK: I’ve never started off writing a blog without knowing what the subject matter is.

It’s a bit like getting in a car and setting off up the M3 without knowing where you are going.  Arriving at a football ground undecided as to which side to support.  Or finding yourself at a self service check-in kiosk in an international airport without having a clue which country to fly to. 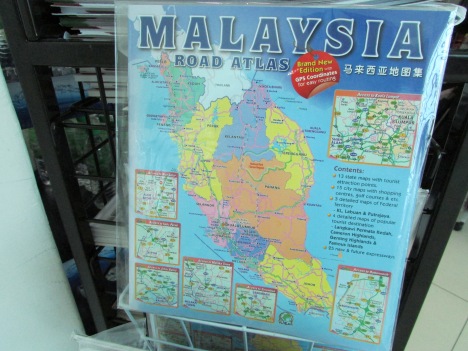 Just where are we going?

But I haven’t written much in the past few days and the urge to start tapping away on the old laptop hasn’t gone away.  I suppose because we’ve been “chilling” – whatever that is – there doesn’t seem to have been anything of any real consequence to write about.

Indeed since we left the fascinating country of Cambodia, Thailand and Malaysia just seem so sanitised in comparison.  They are essentially western style countries with a slight twist.

Tourists abound.  There seems little obvious “hardship” to the naked eye.  We have not encountered any really interesting people, other than the taxi driver earlier today who liked his “happy American music from the 1960s”.  The busses run on time and are more modern than those in Camberley.  The hotel in George Town (Penang), was clean, efficient, well run and offered free flowing tea, coffee and ice cream.  I could have been back working at De Vere Venues, except they don’t offer free ice-cream – yet…

The view over the island from Penang Hill was interesting enough.  But the 70 minute queue to go up the funicular railway and 45 minutes to come back down just reminded me of being stuck on the M25. 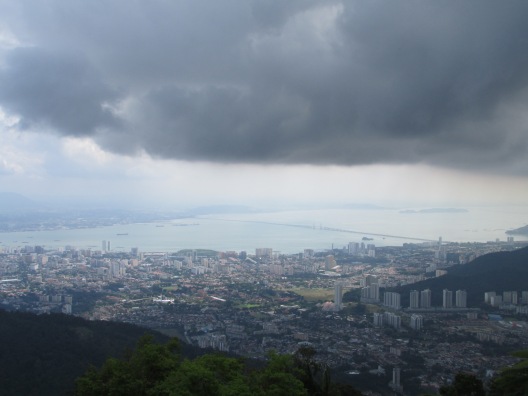 Reality has therefore hit home a little.  Or perhaps not reality, more perhaps that this is not really travel that excites.  We are now tourists and I hate being a tourist.  Hate’s a strong word, but it’s all so “same same” but not different.  I take my hat off to anybody who can lie on a beach for two weeks, get brown, have a few drinks and read books”.  Double points if you do that two years on the bounce.  Can’t do that, won’t do that.

I sound like a miserable, ungrateful little kid.  But that’s what I feel like.  Airport departure lounges simply ram home a notion of modern day hamster wheel mentality. A WH Smith store is directly in front of me as I type at Penang International Airport.  Snickers, Mars Bars or Pringle’s anyone? 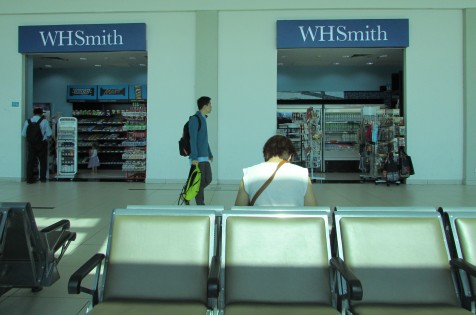 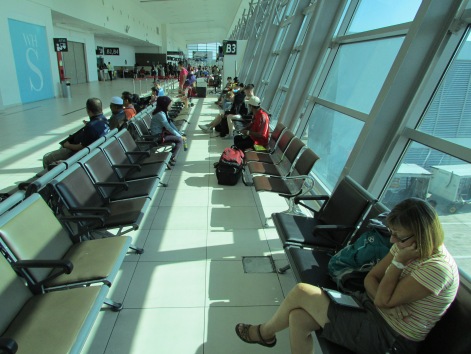 Sarah has taken me to task more than once during the past few days and told me to “get a grip”.  She has a point, but get a grip of what?  Can I so soon have forgotten the pain experienced by people in Cambodia and Vietnam, that I forget how lucky I am?  Have I have entered into some sort of parallel universe where Donald Trump is revered as some sort of modern day saint?  Or is my head finding it strange looking at Christmas decorations, when it is 35C+ outside and no black, cold wet weather to speak of?

News from home and abroad continues to make me sad.

The terrible floods in Carlisle.  Thousands of people hit again by what must be a familiar pattern of destruction, despite the millions spent on flood defence in recent years.  And then you see the floods in Chennai where double, yes double the rain hit this Indian City.  600mm in 48 hours, hundreds killed.  The floods claimed a couple of people’s lives in the UK – major news on the BBC.  India – what’s a few hundred between friends…? 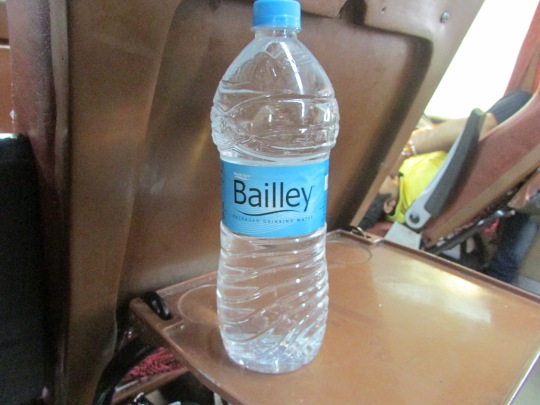 Indian water – but does anybody really care?

People, politicians and countries have short memories.  If it doesn’t directly affect you, then out of sight, out of mind is the mantra which seems to fit best.

This World of ours literally feels upside down to me at the moment, which is perhaps just as well because in two weeks time, we’ll be in Australia.  We both felt it important therefore to get in a little bit of “practice” before enjoying Christmas with Sarah’s brother Shane and his wife George’, plus Sarah’s parents, who at this precise moment are boarding an Emirates Business Class flight to Adelaide via Dubai.

The chance to turn our lives “upside down” was grabbed with both hands when we visited a bizarre “Museum” in central George Town.  We had enormous fun, posing in different rooms.  Our fav shots were the ones in the toilet and the bedroom – which are yours…? 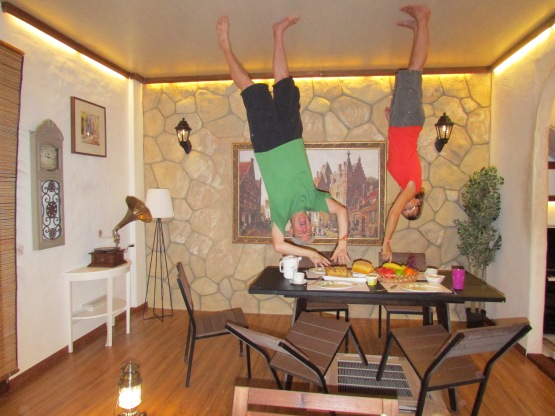 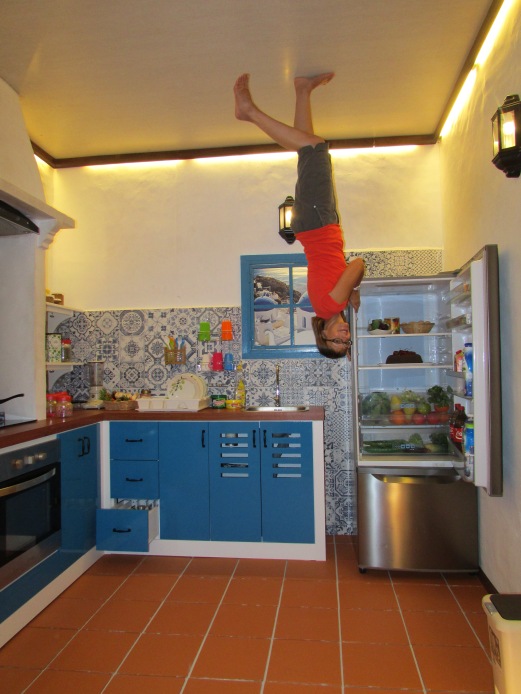 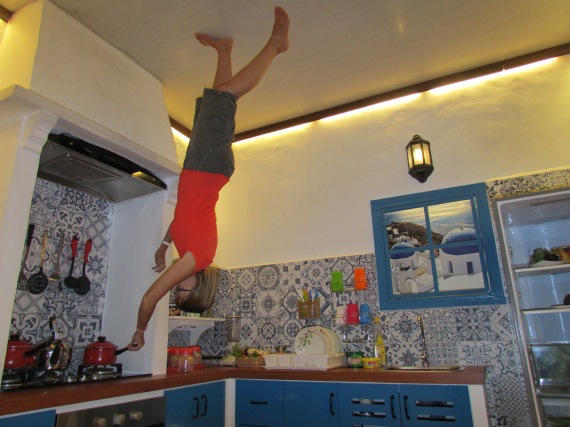 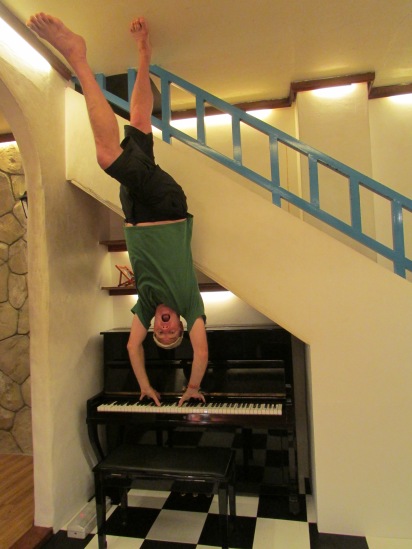 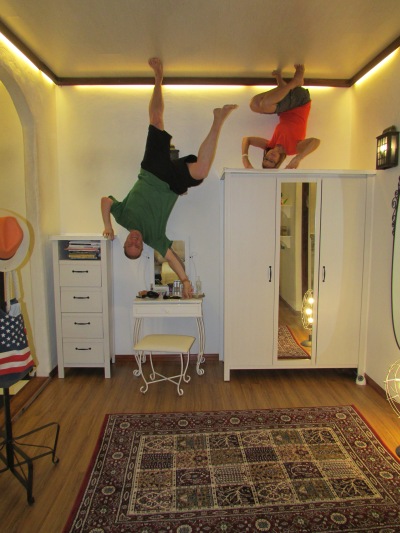 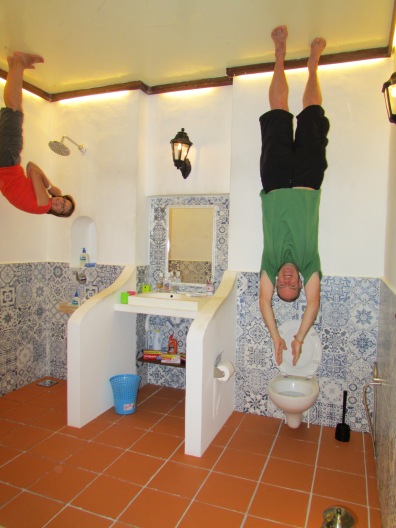 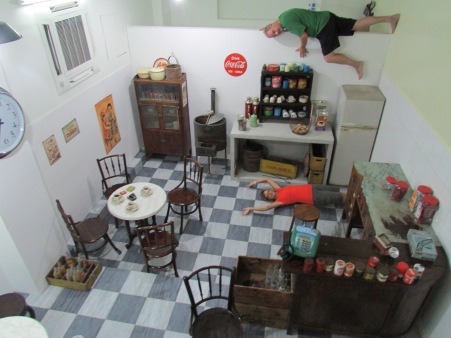 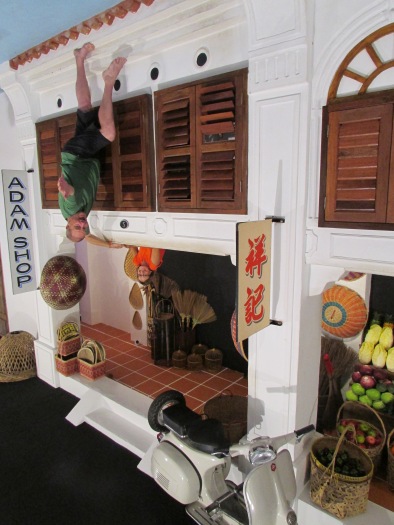 A bit of shopping

So flight Number 17 on our RTW Trip is about to be called.  Penang to Langkawi.  Probably one of the shortest scheduled flights I will ever take.  An Air Asia A320 200 sits outside ready to leave.  The flight is scheduled to take 35 minutes.  The reality is that the flight is just 80 miles to a “paradise” island.  I watched some “saddos” You Tube video last night, the flight was in the air for only 17 minutes.  But the flight was a bargain at just £17 including taxes and baggage charge.  “Now Everyone Can Fly” is the airline’s strapline – well they can at the moment, but the financials for Air Asia look decidedly dodgy since the tragic crash a year ago.  So, got to fly – the flight has been called.  See you later… 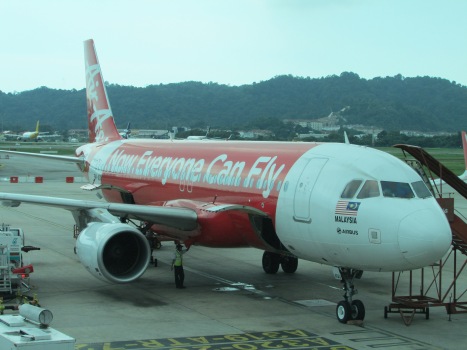 Ready for a long flight, not 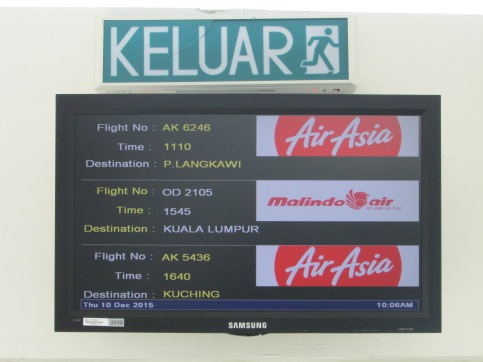 LATER THAT DAY AS THE PALM TREES GENTLY SWAYED IN THE TROPICAL BREEZE….

Wow that was quick.  18 minutes 27 seconds from the time the front wheel left the runway in Penang to the bang of the rear two wheels as the concrete runway announced its arrival in Langkawi.  At first glance as we came in to land, the island is a cross between the lush green of St Lucia, the golden sandy beaches of West Barbados, all mixed with a little olde-worlde Grenadean charm.

So we did what I said I wouldn’t do and that was to hire a car.  But at £42 for four days it would be daft not to plus the island is only 40km x 25km and the roads are quiet.

As the sun goes down, my mood has changed to one of excitement.  There aren’t many tourists here.  We can escape on four wheels if we need to and above all, this is a truly beautiful island as recently voted in the Top 10 scenic Asia escapes, 2015.

It seems a natural place to stop.  I’ve said enough, let the pictures of Sarah on our own private beach tell the story. 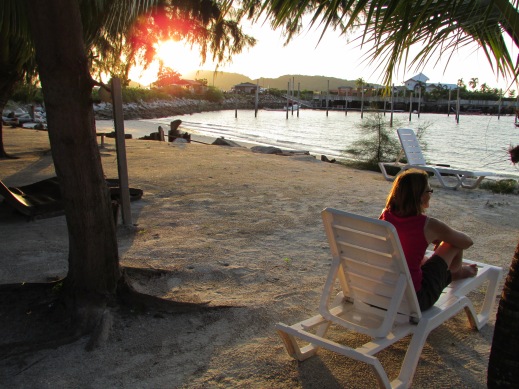 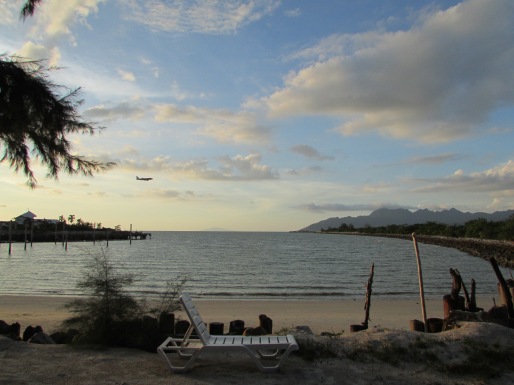 Our plane coming back with another load of punters 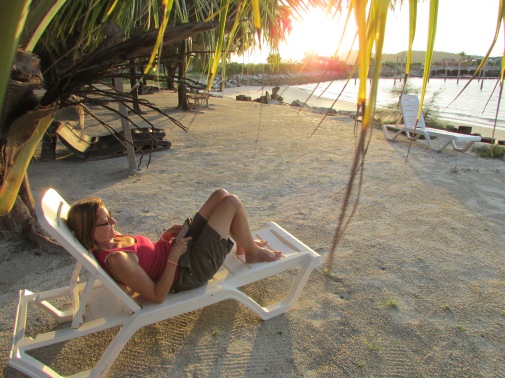 Sarah relaxing on our “private beach”