MARK: It’s funny how you forget things. The pain associated with child birth (yes men suffer too you know), where you left your car keys/reading glasses, or when Middlesbrough FC was last in the Premiership.

And on this trip, we have both been very conscious of how you can lose your commercial sharpness as your mind retrains to take in different experiences rather than everyday work pressures. Your brain works in a completely different way, which has taken time to get used to.

But today, I was ashamed. Ashamed because I had briefly forgotten what had happened on 22nd February 2011.

I just didn’t have my thinking head on as we left our motel and set off to walk the fifteen minutes in to the centre of Christchurch. It was Monday morning.

I could put it down to the two flights from Brisbane via Sydney (9 hours with layover) and arriving just after midnight. Or thinking about the Immigration Officer who quite rightly delayed us whilst she ensured there were no “nasties” on Sarah’s walking shoes as she set foot on New Zealand soil.

But as we turned the corner, BANG I suddenly remembered. All I could see was the far end of the former Anglican Cathedral which had suffered serious damage and was now forlornly propped up by an ugly steel support structure. This English looking “home from home” had suffered a devastating earthquake, just below the surface of the Earth. It registered 6.3 on the Richter Scale. Yes 6.3!!! 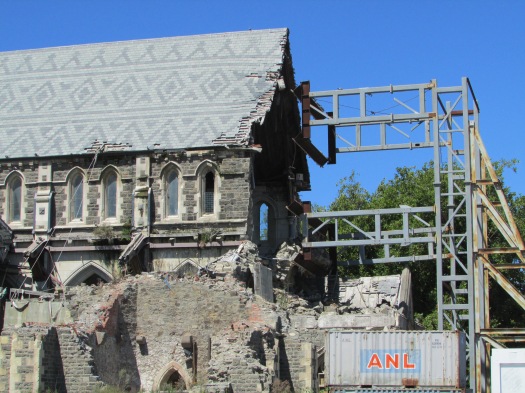 We slowly moved on. All we could see were boarded up office blocks. The work of graffiti artists adorned buildings everywhere you looked. No guests at the multi-storey Millennium Hotel, which lay empty.

The Central Business District reminded me a little of when we explored Pripyat, the former Soviet town next to Chernobyl which had been evacuated after the nuclear explosion. The earthquake, which I’d somehow “forgotten”, had claimed 185 lives. 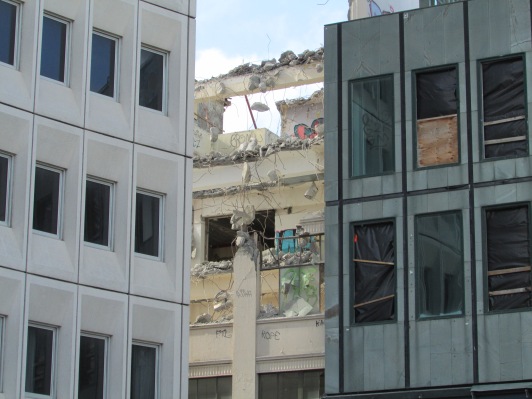 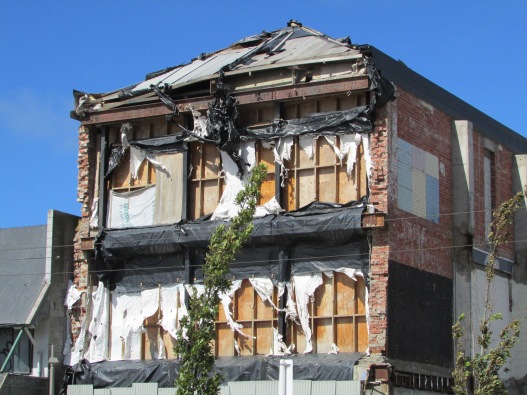 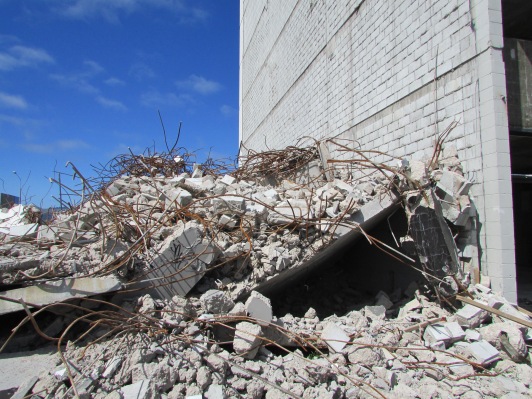 There was a 4.2 tremor just last week in Christchurch

It was a sad, strange experience. Beautiful blue skies, contrasted sharply against the reflecting light of sea containers which were still being used as shops, offices, restaurants and cafés. 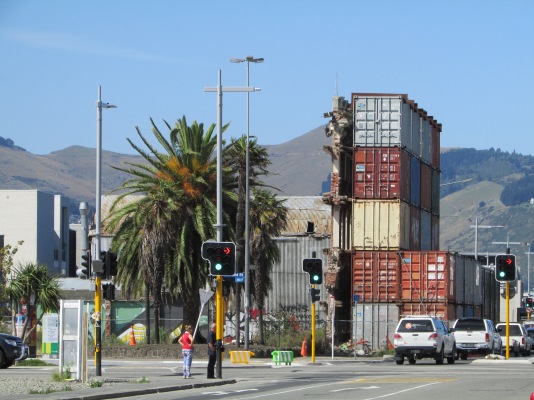 There’s a good trade in containers 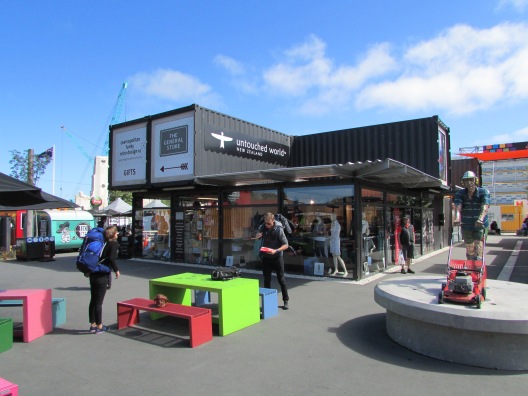 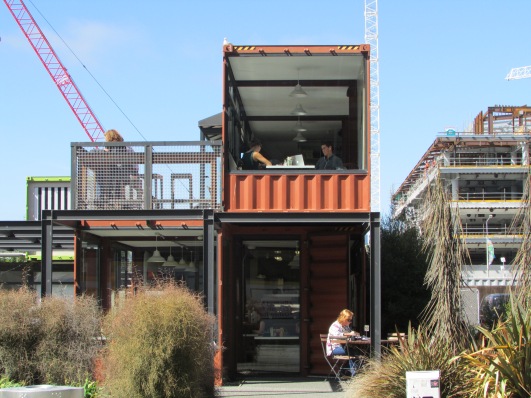 Phil Whitby, a good friend of mine and Construction Director of Wates, would not have recognised the place from the lovely town he had visited with his family in 2007. Phil described New Zealand in a text to me 9 years ago as “the ultimate playground”. That I hope is still the case in the rest of this country. But all I could see across the skyline was crane after crane and lots of men with hard hats. Phil, they need you. Leave your highly successful project in Greenwich and head straight to Christchurch, NOW. 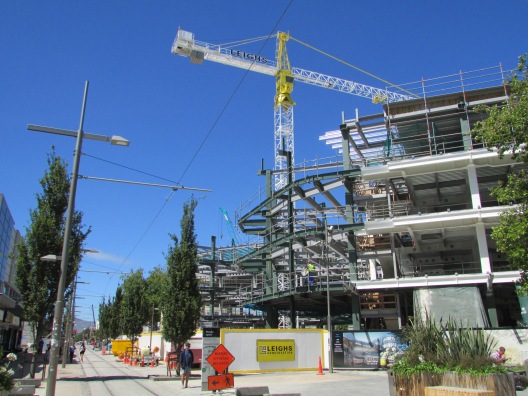 Phil – there’s a job with your name on it here!

I was getting quite emotional and sad by the whole experience. Sights, sounds and memories of Kathmandhu flooded back. There were close parallels and not just because both cities had been the victim of plate tectonics.

The Cathedral, which had been the centre of the town, had an ugly looking construction “keep out fence” around its entire perimeter. There was no sign of any activity and that we later found out was because of the continuing debate regarding the cost of repair. In a NZ Government commissioned report published just before Christmas it concluded that the bill would be in excess of £50 million. And in a country of just 4.5 million people who pays? 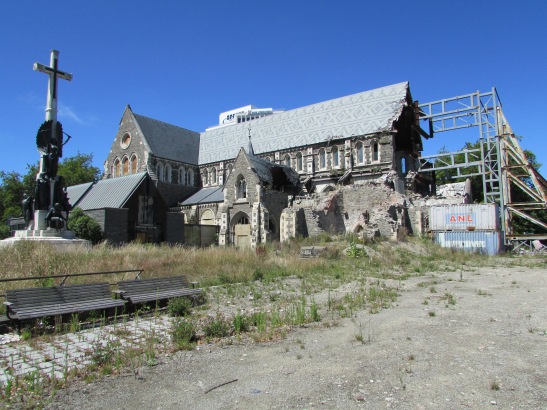 So we headed over to the new Transitional Cathedral, (the temporary replacement) made largely would you believe out of sustainable cardboard tubes. I have been to many Cathedrals, but this one had an intimacy and soul which you could really feel. Randomly, I attended the Midday Service which was very moving. There were two of us. It did not matter. It was Christchurch after all… 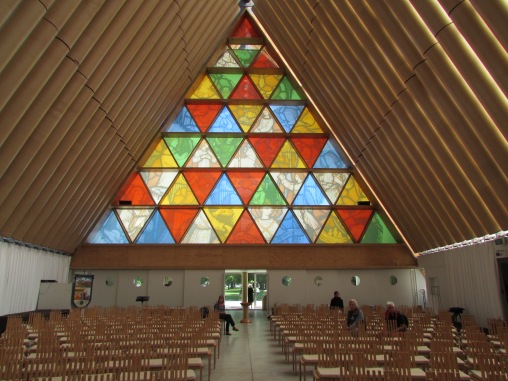 Half an hour later, we crossed the road to see a further graphic reminder of this tragic event. On a piece of waste ground, where a Church once stood, 185 empty white chairs had been positioned to create a thought provoking artistic memorial. Reflection of Loss of Lives, Livelihoods and Living in Neighbourhood, the work of Peter Majendie. Each chair represented one of the 185 lives lost. It’s a simple but highly effective reminder, so people like me don’t forget. As we stared in silence as the Christchurch traffic roared past, each chair seemed to have its own personality. An office chair, symbolic of the many office workers who died. A child seat, centrally positioned, really made you think and a wheelchair with cheap bouquet positioned on the seat reminding us all that nobody was immune. 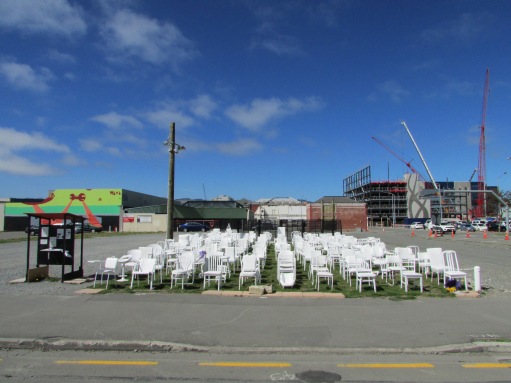 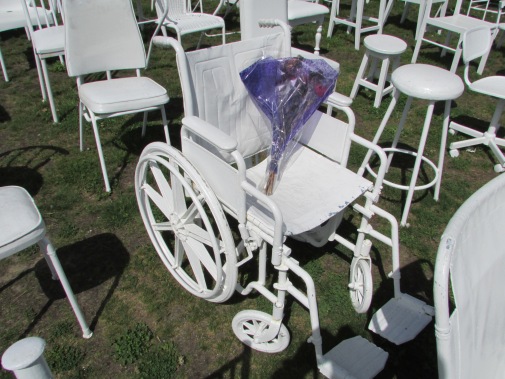 But this is not a town in mourning, and whilst nobody will ever forget, there are signs of new life and rejuvenation. Modern day art murals cover the sides of buildings. Humorous large sized furniture provides the perfect backdrop for a funny photo. 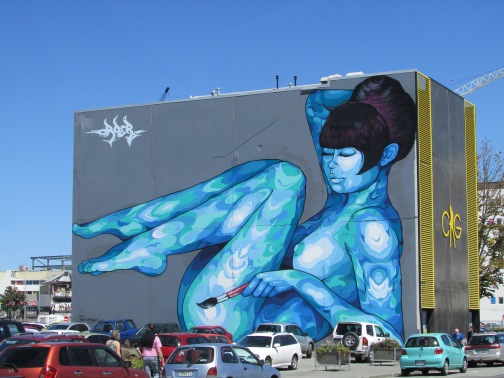 Art not just for art’s sake… 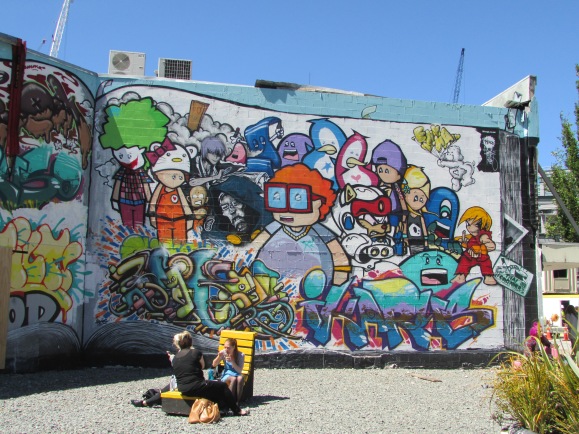 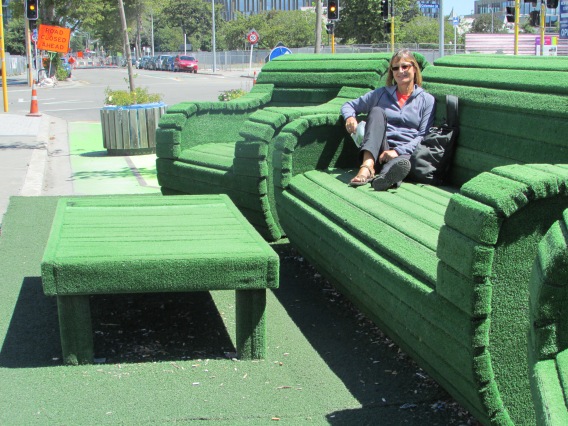 Time for a little rest – after all she is a year older now…. ah bless

The famous trams rumble past at regular intervals, even though the tracks don’t stretch very far. 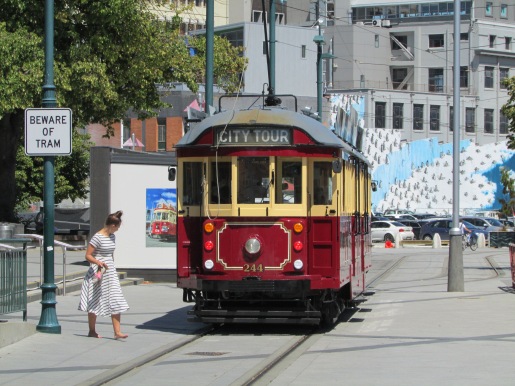 Yes life goes on and this is certainly true in the beautiful Botanic Gardens, which reminded us so much of a National Trust garden in the height of Summer. 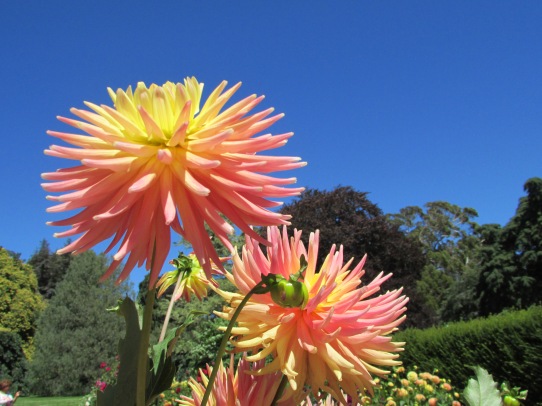 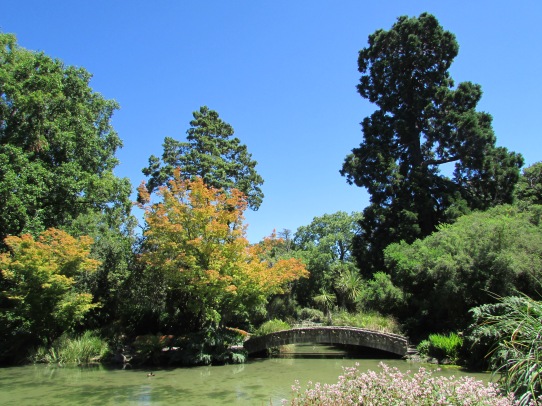 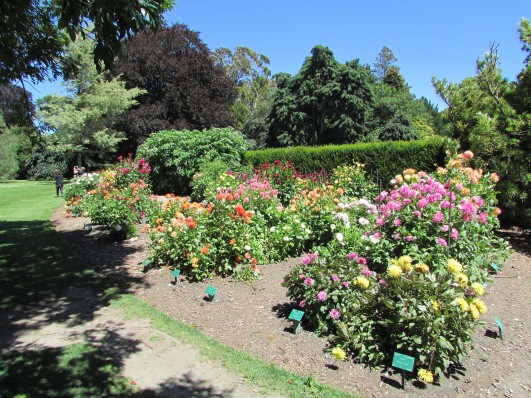 So a thought provoking first day, 12,800 miles from home. A day which has convinced me not to fall into my old habit of thinking about the future whilst forgetting the here and now. Sure we will bounce a number of ideas around about our new life when we return in just 100 days’ time. But as for the detail, Nah, we will continue living for the moment. What will be will be. I just hope my memory improves!

2 February 2016 – And my memory will improve with sights like this.  Phil, in an email yesterday said we should visit Akaroa.  So we did today.  Stunning and hopefully more to come, with temperatures hitting 29C and 28C due tomorrow…. it’s bound to rain soon. 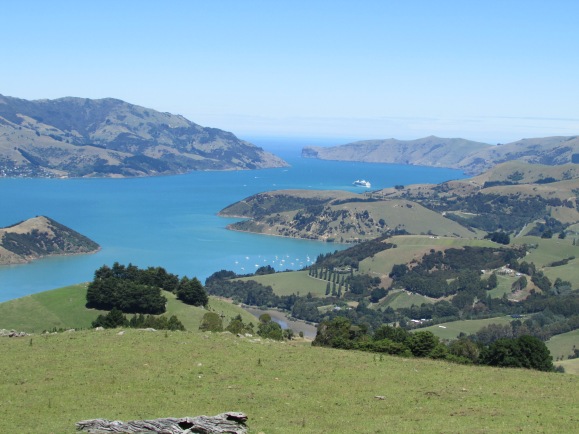 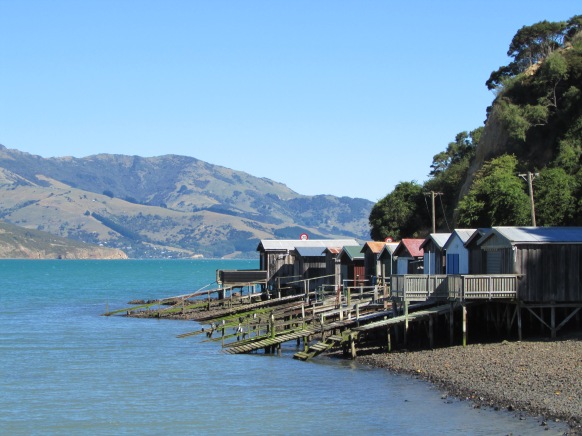