MARK: I’m a control freak.  Those that know me will testify to that fact.  The only problem is that after 52 years I have realised you can’t control everything in life.  The weather, Middlesbrough FC’s rise and fall, erupting volcanoes in Ecuador or terrible terrorist atrocities like those witnessed in Bangkok on Monday…

And the same goes for Chinese Visas.  The process is the process and there ain’t anything that mere mortals can do to change it.  As visas are only issued for three months from date of issue, we had to leave this part of the planning right until the end.  Part of me wanted to plan contingencies in case we could not get that all important bit of paper.  But where do you stop?  Just the thought of getting a new Passport plus an Indian and Vietnamese visa and the rescheduling of six internal flights, four trains and two buses in India was bad enough never mind the actual nightmare of doing it!

So when the email came through yesterday from Dora @ China Travel Service with the good news that we had been granted visas, we both breathed a collective sigh of relief.  This morning I jumped on a South West Train and headed in to London town for the last time to get the Passports/visas from Euston Road.  No chancing this last hurdle of delivery by a courier.

It has proved exactly the right decision to use a third party to get the Visa on our behalf.  But one word of warning.  If you are ever applying for Chinese Visa, do ensure your signature on the Application is EXACTLY the same as the one in your Passport.  Mine only had a line “partly” under my signature and it took a black pen to add a one cm line to make it look the same as my PP.  That seemingly insignificant thing could have been the difference between getting the Visa or having it rejected.  Dora earned her money with that spot!

So attention now turns to packing and preparing the Household Action Document (HAD) for Joe which now runs to 25 pages of do’s and don’ts.  A half day training session and one hour multiple-choice examination is being held on Thursday 27th August, should you be in the Frimley area.  FOOTNOTE – Joe sailed through the multiple-choice questions scoring 36 our of 40 – A* – BUT his practical he only scraped a C and must do better if he is to go on and study House Cleaning at Masters level – like the pun??????????

Getting close now – just 12 sleeps and then wok and roll, India here we come! 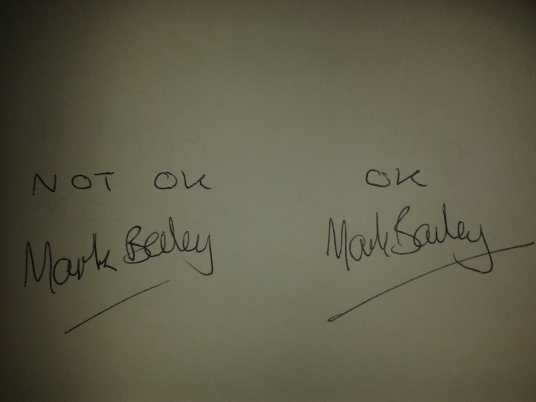